You are innocent until the prosecution proves you are guilty. If you’re accused of a crime and put in jail, you have a right to post bail to secure your freedom until the trial. This is unless the judge denies bail because of your past criminal history or the magnitude of the crime you are accused of committing. Unfortunately, even when a judge sets the bail, it may be too high for you to post cash bail. Most people don’t have the luxury of having thousands of dollars just lying around. If you’re in such a situation, your best option is to turn to a licensed bond dealer in Pico Rivera. At Cali Bail bonds, our specialty is in posting bail for defendants. We can ensure you return home as quickly as possible, irrespective of the allegations you face.

If you have never been accused of a crime before, the chances are that you know little about the bail bond process. We will discuss how bail bonds work and also highlight the key qualifications of a bail bond co-signer. What may come as a complete surprise is that real-life bail bond agents and even bounty hunters are nothing like the characters you have seen in movies.

Is Posting Bail Worth It?

Before you post bail for yourself, a friend, or a loved one, one of the questions you may have is whether the sacrifice is worth it. Well, it certainly is. Cash bails, even for minor crimes, are sometimes not within the financial means of the defendants. Fortunately, bail bond agents only require you to pay as little as 10% of the set bail to secure their services. While this fee is non-refundable, it may give you a few weeks or months to prepare yourself for trial.

The criminal litigation process in California is not as fast as many may assume. With the courts flooded with thousands of cases each year, your case may take months, perhaps years, to be concluded. This means that your loved one may have to sit for this long behind bars before they are declared guilty or innocent.

Posting bail is worth the sacrifice because defendants can return home and their workplace as they await trial. 10% of any amount is just a small price to pay compared to the frustration of sitting behind bars for months before you even begin serving your sentence. Securing your freedom allows you to exercise your right to a fair court process by ensuring you have plenty of time to prepare your defense.

How Does The Bail Bond Process Work

If you are arrested for a crime in Pico Rivera, the police will take you into custody as you wait for an arraignment hearing. Usually, persons accused of significant crimes have to wait for this hearing before they can post bail. During the arraignment, you will enter your plea, and the judge will set bail depending on your criminal record, your flight risk level, and the nature of the crime you are accused of committing.

When accused of an ordinary crime, you can post bail way before the arraignment. In this case, the authorities can use the bail schedule to determine how much money you should pay to secure your release from jail. Thanks to the “presumption of innocence,” not even the police should hold you in prison before you are officially convicted of an offense. However, you must note that bail is posted as security to ensure you appear for court dates to answer charges.

If you cannot afford to raise the set bail amount, the services of a bail bonds agent can come in handy. As aforementioned, you merely need to pay 10% of the bail amount as the bail bondsman’s fee. Depending on the specifics of your case, it may also be necessary to place a valuable asset as collateral or provide a credible bail bond co-signer.

Once you have reached an agreement with an agent, they will pay the bail money on your behalf using a surety bond. This essentially means that the agent will vouch for you and guarantee that you will appear during your court dates even after securing your release from jail. If you skip town or fail to appear, the court will demand the full bail amount from the bailing agent.

When a bail bondsman is required to settle the full bail amount, this may be a substantial financial blow to the company. The losses incurred can be significant, more so if a defendant’s deal didn’t involve providing collateral. Sometimes, bail bonds agents have to use bounty hunters to hunt down fugitives (defendants who have skipped town) and return them to jail. This allows them to recover the bond money.

Do I Qualify As A Bail Bonds Co-Signer In Pico Rivera?

Unfortunately, not everyone qualifies as a bail bonds co-signer for a loved one. To be an eligible candidate, you must be a citizen of the United States who has lived within a specific area for a considerable while.

Here are three other basic qualifications you must meet before co-signing for the bail bond for a close friend or relative:

Have a Good Credit History

Your credit history defines your credibility when securing a loan. Think of the bail bond money as a loan you must repay, especially if a defendant skips town and the courts seize the bail cash. Good credit history will tell your bail bonds agent that you can make regular “loan” repayments if need be and have some collateral or savings you can use if things go south and you need financial backing.

Have a Good Employment History

Your bail bondsman needs to feel secure that you can settle the bail amount if a defendant dodges their responsibility to show up for court hearings. As such, one of the essential qualifications that make an excellent co-signer is stable employment history. If you have held a specific job for a good while and you receive a regular paycheck, you may just qualify as a credible co-signer.

Be a Responsible Citizen

Before co-signing a bail bond for a loved one, there are vital things you should know. They include:

Generally, co-signing a bail bond means that you choose to be accountable for a defendant. This means that you may have to repay the lost bail amount if your loved one forces the courts to seize it.

What Does A Bounty Hunter Do?

California has a population of over 39 million people. Finding a defendant who fails to present themselves in court is often an uphill task, even for the police. The state allows bounty hunters, also known as fugitive recovery experts, to work without a license. However, one must meet particular qualifications and training requirements to become a bounty hunter within the state.

The duty of bounty hunters in all areas of the state, including Pico Rivera, is the same—to capture persons who skip bail and return them to jail. Professional bounty hunters can interview subjects, perform surveillance, and conduct investigations to find out more about the whereabouts of a fugitive.

Generally, bounty hunters have the legal authority to track down fugitives and arrest them. They work under independent contractors (in this case, a bail bonds firm) and receive a 10 to 25 percent commission of the overall value of a bail bond if their mission is successful. Most bounty hunters with a commendable track record have law enforcement experience and work closely with a network of professionals, including private investigators.

Some of the duties of bounty hunters in Pico Rivera include:

If your friend or loved one is sitting in jail, nothing is as important as ensuring their speedy release. Of course, the first step is to get in touch with a bail bonds company. You can also further accelerate the bailing process by ensuring you have certain critical pieces of information before contacting your bail bondsman. The info you need includes:

Surprisingly, most friends, including tight buddies, know each other only by one name. It is essential to know the full name of your friend or relative, as it shows on their official documents. Additionally, confirm the proper spelling of complex names to make the inmate search easier. You will also need to know their DOB (date of birth).

Location of the Jail

When your loved one calls you to inform you that they are in jail, make sure you ask about their precise location. Finding an inmate in Pico Rivera is easy, although it is still necessary to confirm where your loved one is held.

Another vital piece of information that can accelerate the bailing process is a defendant’s booking number. Again, this is information you can ask your loved one when they call to tell you about their arrest. Without the correct booking number, you risk bailing the wrong person out of jail.

Amount of the Bail

A judge can set the bail amount based on a range of factors. They include the offense a defendant is accused of committing, their criminal history, and their flight risk. Even if you can estimate the bail amount based on Pico Rivera’s bail schedule, make sure you confirm this information from an inmate. This is more so if they have already gone for a bail hearing.

Compared to bailing out a loved one held in big county jails, securing your freedom from the small Pico Rivera jail is much easier. We are available 24/7/365 and can kick start the bailing process as soon as you give us a call.

Find a Bail Bonds Agent Near Me

Through a bail bonds company, residents of Pico Rivera can access a fast and convenient means of getting a loved one out of jail. However, it is crucial to understand that securing your freedom is merely the first step to a much larger process. At Cali Bail Bonds, we care about what happens to you and would like to help you prepare for your case effectively. Our mission is to give you a chance to turn a bad situation around. Once we post bail, be sure to work with a skilled attorney and attend all court hearings. If you need bail for a friend or loved one, don’t hesitate to reach out to us at 562-376-5476 for a free consultation.

View All Areas We Serve

We can Meet You at Anywhere at Anytime

We will go above and beyond our duty to help

We are connected to our community

Our clients can meet with us in the convenience of our offices or we can come to you. Located in the city of Los Angeles, Pico Rivera, Pasadena, Cerritos, Long Beach, Riverside and Upland 24 hours a day 7 days a week. We are established and rooted in the communities we serve daily 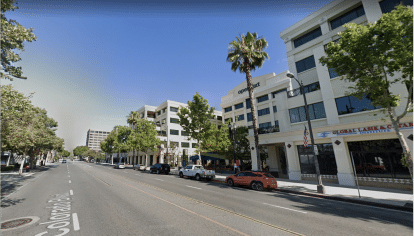 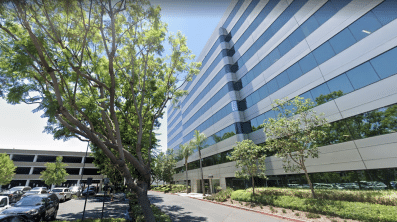 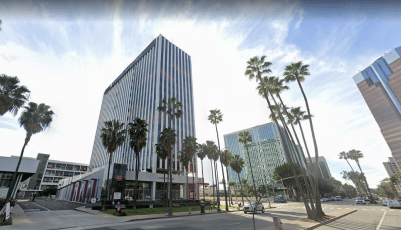 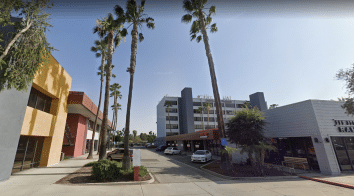 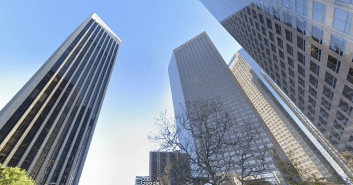